Treats for All Hallows Read(ers)! 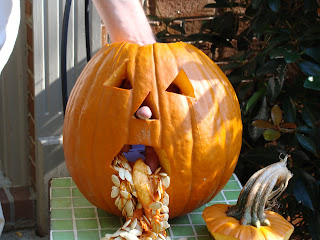 As promised, I'm giving away a couple of scary books for Halloween as part of the All Hallows Read deal, kicked off by my friend (in the online, never met, but I feel like I know him way), Neil Gaiman.

Anyway, on to the lucky All Hallows winning readers...

Donna (also known as Irishoma) won Bodies of the Dead and Other Great American Ghost Stories.

Those are some pretty scary reads, people. Happy Halloween and...Boo, y'all!
Posted by Cathy C. Hall at 11:25 AM