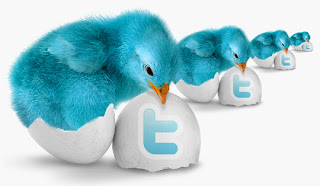 But since this is Thursday's Three, I'll stick to applications having to do with finding like-minded folks out there on Twitter. Because it's all about following the leader(s) and getting them to follow you back. And most importantly, finding out what they know.

Now, you can find similar applications on Twitter itself. But that's a busy, busy place-and you might have to wait awhile. So, I thought I'd throw these out for you, give you a head start in the following business. Because there's no thumb-twiddling at Twitter.